What is the UNPMM?

The UNPMM comes in two versions: 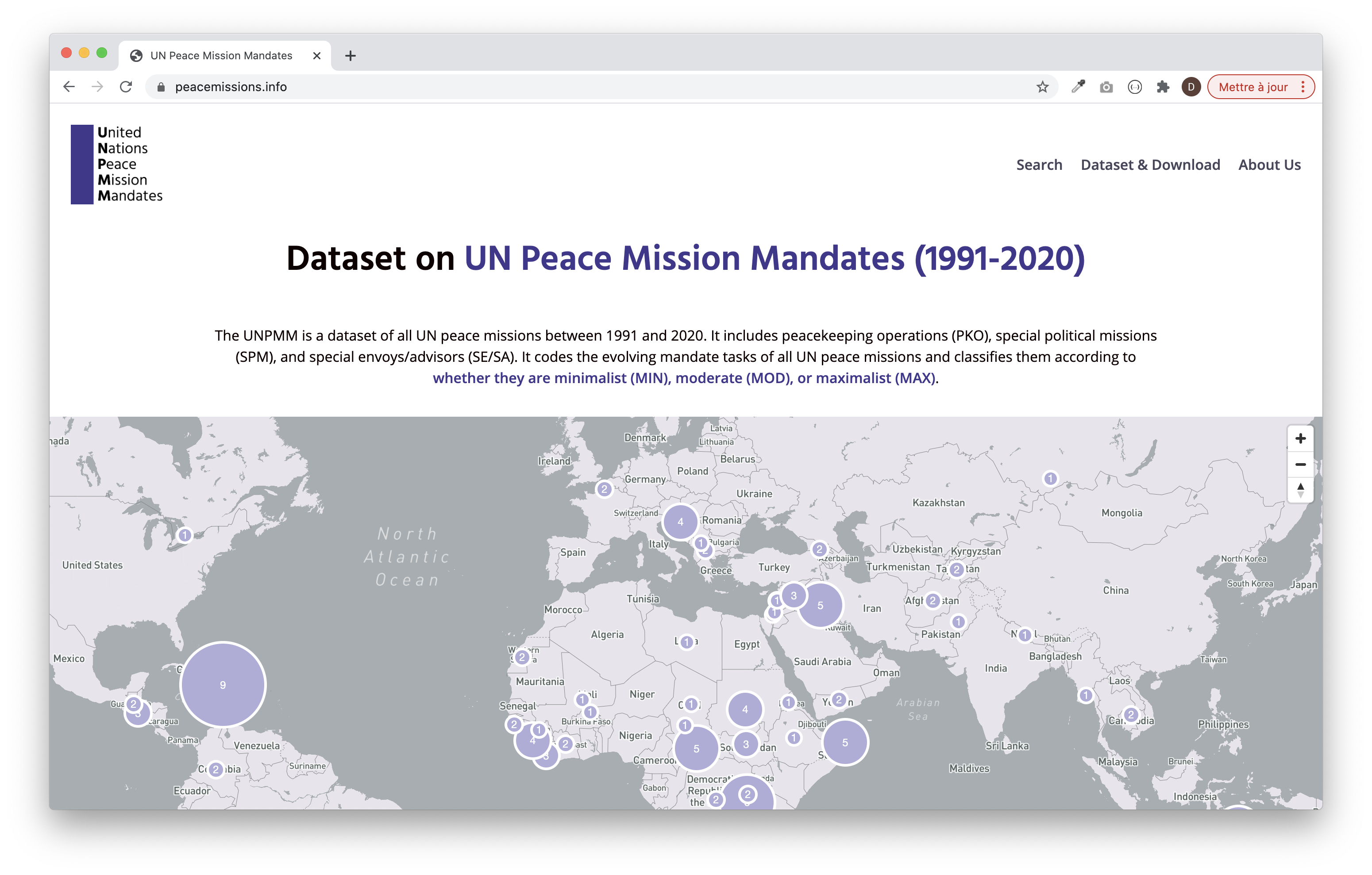 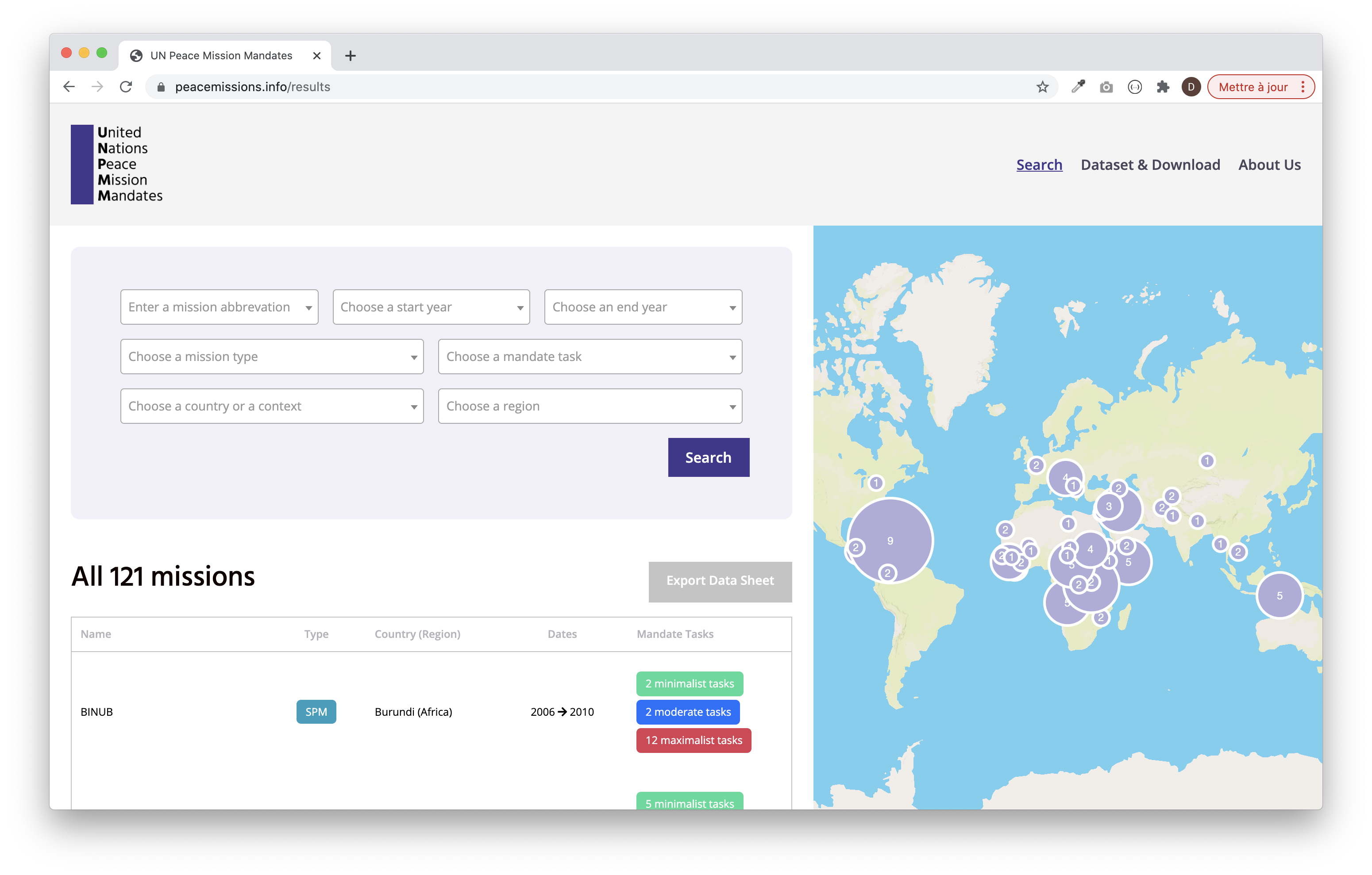 What data does the UNPMM include?

The UNPMM codes the mandate tasks of all UN peace missions between 1991 and 2020. Our coding approach involved two steps. First, each mission mandate was coded based on the language in the UN Security Council resolution mandating the mission. If a mission was authorized by the General Assembly or through an exchange of letters between the Secretary-General and the Security Council, we coded on the basis of these documents. When a mission did not have a written mandate (mostly SE/SA), we relied on other UN sources. Second, we validated the coding by analyzing additional UN material as well as secondary literature. If these sources mentioned further tasks, we coded these only if we could locate them in the original UN source consulted.

These terms were first suggested by Charles T. Call and Elizabeth M. Cousens in 2007 as a way to measure successful peacebuilding outcomes (see link). We apply them to UN peace missions and their mandated tasks.

The UNPMM is a database that codes the mandate tasks of all UN peace missions, including peacekeeping missions, special political missions, and special envoys/advisors, between 1991 and 2020.

We value your feedback. In case of any questions or comments, please contact us at sara.hellmueller[at]graduateinstitute.ch.

This project is hosted by the Centre on Conflict, Development and Peacebuilding (CCDP) at the Graduate Institute of International and Development Studies, Geneva.